You may search electronic court records from this website, just as you would in my office. Please note the effective date of our indexes when researching records online, as the Court became automated on 10/17/1994.

We invite you to browse our site and hope you find it helpful to you.

I am currently serving in my fourth year of my 7th term as Muskingum County Common Pleas Clerk of Courts. I apprenticed for five years as a deputy clerk under the late Clerk of Courts, Joseph E. Hildebrand.

Previous to this employment, I worked for the Central Trust Company for five and one-half years. Upon my departure, to go to work for Mr. Hildebrand, I had achieved the status of Assistant Cashier-Bank Officer.

I am a 1978 graduate of Tri-Valley High School and have obtained a Foundations of Banking Diploma from the American Institute of Banking. I have completed various courses relating to Court Records Management from the Muskingum Area Technical College, now known as Zane State College.

I also attend the Roseville St. Paul Lutheran Church and am a statutory member of the Muskingum County Records Commission, as well as Clerk for the Fifth District Court of Appeals. I also serve as the Governor’s Appointee to the State of Ohio Automated Title Processing Board.

I am a lifelong resident of Muskingum County. My wife, the former Kristi K. Good, and myself reside at 2165 Creedmoor Drive, Zanesville, Ohio, which is located in Wayne Township. We are proud parents of our daughter, Nicole and our son, Ryan. We are also proud grandparents of a granddaughter.

I have strived to operate the Muskingum County Common Pleas Clerk of Courts office in a professional and respectable manner, as well as within the budget appropriated to me. During my tenure, I have computerized the Legal Department and through a statewide titling project, I have fully automated the Title Department as well. I also greatly assisted in the creation of the Court’s web-site. Through a joint effort with the Common Pleas Court judicial body, we were able to draft legislation and have it passed to create a Domestic Relations Court. I worked tirelessly on the former JCPenny’s Building Project, which now houses the new Domestic Relations Court, Title Department, Law Library, Muskingum County Building Department, and our County Records Office. This building is now known as the Richard D. Hixon Court & Government Services Building.

My passion is to serve the people of Zanesville and Muskingum County. I will continue to strive to improve the operation of the Office of the Muskingum County Common Pleas Clerk of Courts, so that residents of our community may be better served.

In creating a state judicial system in the 1802 Ohio State Constitution provided for the appointment of a clerk of courts for each county. Originally, the clerk of courts was appointed by the judges of the court of common pleas for a seven-year term. Under the 1851 Constitution, the office became elective for a three-year term which was extended to four years in 1936.

The official title is Clerk of the Courts of Common Pleas, but most often the office holder is referred to as the Clerk of Courts. The clerk of courts maintains the records of the court of common pleas and various courts which have exercised appellate jurisdiction on the county level. The records of the common pleas court pertain to all civil cases in which the amount or matter in dispute exceeds the statutory jurisdiction of county or municipal courts, and all felony criminal cases. This court also maintains the records of all domestic relations matter.

The Muskingum County Clerk of Courts would like to take this opportunity to welcome you to our website. This site was designed to provide information to the people of Muskingum and surrounding counties. The Clerk of Courts title department issues titles for motor vehicles, motorcycles, off-road bikes, ATVs, travel trailers, campers, mobile homes and watercraft boats, motors and jet skis or wave runners. Duplicates for lost or stolen titles and memorandums can also be issued through our office.

The Clerk of Courts Auto Title Department DOES NOT issue license plates, driver’s license or 30 day tags. These are issued through the Ohio Bureau of Motor Vehicles which is located at:
2328 June Parkway
South Zanesville, OH 43701
(740) 455-2767

The dockets (summary) of cases filed in the Civil/Criminal Division and the Domestic Relations Division of the Muskingum County Common Pleas Court are available for public viewing on our website. Also, the 5th District Court of Appeals are shown.

The main types of cases available include:

There are two ways to look up a case.

No, just the docket, which is a summary of the parties in the case, the attorneys and a brief description of the items filed in the case.

You (or your representative) can either come to the Clerk of Courts office or request a copy by mail. The cost is $0.05 per page or $1.00 per page to have the document certified. If you request a copy by mail, please include your case number (if you know it), the names of the parties, the year the divorce was filed and your return address. The average cost for the certified copy and postage is $5.00. If you include a check in that amount, we will bill you for any additional fee if the cost is more. Please make the check or money order payable to:
Muskingum County Clerk of Courts
The mailing address is: Domestic Relations, 22 N 5th Street Zanesville, Ohio 43701.

To pick up a copy of your decree, we are located at 22 N 5th Street Zanesville, Ohio 43701 (Former JCPenney Building).

Our online records are up to the minute but does not reflect any updates or rulings that have not been entered into our system.

No, Muskingum County Common Pleas Courts do not accept or provide information by fax or email.

Yes, both pending and closed cases back to 1994 are shown.

Our office does not handle the setting of court dates. Check the Court Case docket and/or check "Events" for that information.

Birth and death records are available through the Muskingum County Health Department. Their telephone number is: (740) 454-9741.

Property records are handled by the Muskingum County Recorder. The website is: http://www.muskingumcountyoh.gov/Offices/Recorder/

Bankruptcy cases are filed in the U.S. Bankruptcy Court-Southern District of Ohio-Eastern Division.
The telephone number is: (614) 469-6638.

The application and testing are handled through the Muskingum County Bar Association.
The telephone number is: (614) 454-2591, Ask for Sheri Warren at Kincaid, Taylor & Geyer's Office, 50 N 4th St, Zanesville, OH 43701.

Todd A. Bickle
Clerk of Courts 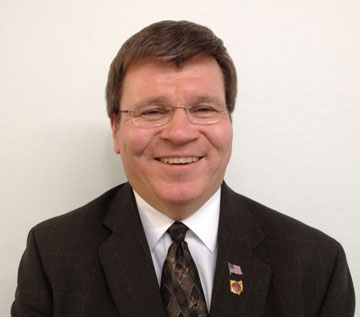