The Muskingum County Water Department provides a safe supply of water to more than 8000 homes and businesses in the county. As with all community water systems, the county system must comply with rules established by the Safe Drinking Water Act. The Water Department treats the water and monitors the water at many points within the system to assure the customers’ safety. See the Consumer Confidence Reports for specific information on your portion of the water system. The employees of the Water Department are dedicated to providing the customers with the highest quality water service. Please visit other pages on our site for information on the water system and its history, how the system maintains water quality, and the County’s continuing efforts to upgrade the system and serve additional customers.

A safe, sustainable supply of water for drinking, cooking, bathing, and cleaning is critical for good health. Although 75% of the planet’s surface is covered with water, only 1% of all the water on the planet is readily available for use by humans. Therefore, each of us must learn more about the importance of water in our lives and do our part to protect the water around us. The U.S. EPA web site Water Kid’s Stuff provides sites for fun and learning, guidance on what you can do to prevent pollution and protect the environment, environmental activities for children, sources of educational materials and learning aids that focus on water quality and the environment, and information on children’s environmental health. 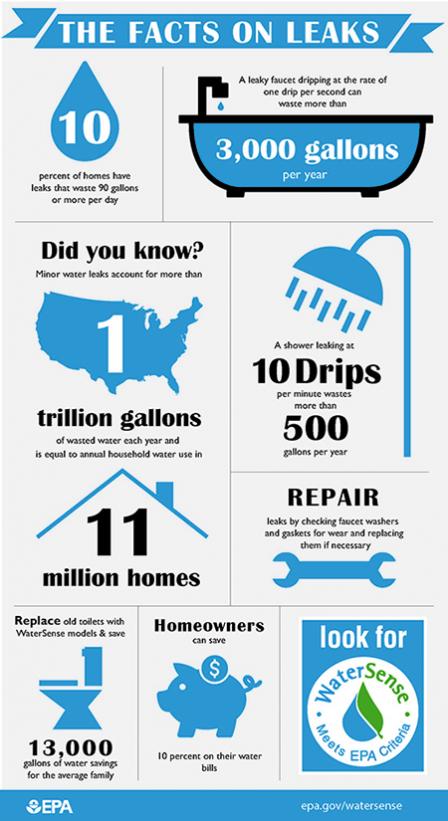 It is not uncommon for customers to have a leak in their plumbing. When that happens, they may see a high water bill. It doesn't take a very big leak to lose a lot of water. For example, a 1/16” hole in a pipe can lose approximately 25,000 gallons of water in a month. The Water Department employees may notice a change in a customer's usage pattern. When this happens, they try to notify the resident to avoid the unnecessary expense of wasted water because of a leak. Our employees do not always catch these variations in the field..

Beyond those dripping faucets, the most common leaks in a customer’s plumbing are a leaking toilet or water heater relief valve. The primary culprit is the flapper valve in the toilet tank which can fail and allow water to trickle continuously into the bowl and down the drain. The tank fill valve may not be completely shutting off and causing the tank to overfill and water to run into the bowl via the overflow standpipe. If you suspect a leak in the toilet but can not see it, you can do a simple test to determine if there is a problem. Add enough food coloring to the water in the toilet tank to color all the water in the tank. Then wait five minutes and check the toilet bowl, if the water in the bowl has changed color you have a leak. Replace the defective parts and if necessary test again.

Checking the pressure relief valve on your water heater is much easier. Inspect the open end of the tube that extends to a point near the floor for any signs of water. If the pipe is dripping, the relief valve should likely be replaced.

There is another common customer leak that is more difficult to locate. This leak occurs where the customer service line enters the house foundation wall and is caused by settlement of the backfill pinching the service line against the concrete foundation. This leak is obvious when the water flows into the basement. It is much harder to locate if the water is flowing into a crawl space or into the foundation drain. A customer can check for a leak in the service line by shutting off the main valve where the water service enters the house, then read the water meter wait five minutes and read the meter again. If there has been a change in the meter register during those five minutes there is a leak in the service line. If you have any questions, please call the water office.

If you have experienced a large leak, please contact our office. The office has a set formula which can allow them to determine an adjustment for your bill. Please be advised that this adjustment is only available once every 12 months, so prevention and early discovery is your best line of defense. See the Water Department Policies, Rules, and Standards on this web site for details on the rules for adjustment.

If you see any sign of a water system leak as you travel throughout Muskingum County, please contact our office. In the interest of being good stewards of the natural resources we have all been given, we all need to prevent waste when and where we can.

In today's economy, no one can afford to, or wants to, spend more money than they have to. Damage to any Muskingum County Water Department property costs all of our customers. Not only that, but with the added emphasis on homeland security it is in all of our best interests to be aware of the things going on around us. For that reason, we would like to ask our customers to report any vandalism or suspicious activities around any Muskingum County Water facility. You can contact our business office at (740) 453-0678, or the Sheriff's office at (740) 455-7134 if you notice anything that might be suspicious.

The U.S. Environmental Protection Agency (EPA) is responsible for implementation of the Safe Drinking Water Act. Consumer confidence reports are the centerpiece of the right-to-know provisions in the 1996 Amendments to the Safe Drinking Water Act. The Amendments contain several other provisions aimed at improving public information about drinking water, including the annual public water system compliance report and improved public notification in cases where a water supplier is not meeting a contaminant standard. The Amendments also call for increased public participation in the protection and delivery of safe drinking water. For example, citizen advisory committees are helping states to implement their source water assessment activities and are involved in decisions about allocating the state revolving loan fund that provides funding for drinking water infrastructure improvements.

Below is an archive of the Consumer Confidence Reports from previous years.

Northwest system (Water supplied from Southeast System as of July 2017)

Home Acres (System transferred to City of Zanesville in 2017) 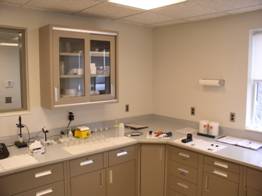 The drinking water systems must comply with many federal and state rules and regulations covering such things as wellhead protection, water quality, financial management, emergency preparedness, and record keeping. Of course, primary among these is water quality. Testing requirements vary by system size and water source. The Water Department performs tests to ensure your water is safe. See the Consumer Confidence Report for your service area for test results. The following are examples of the testing conducted for your safety:

You can find additional information on water quality at U.S. EPA web sites. 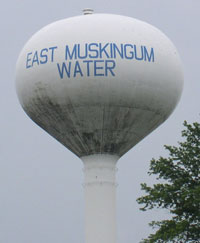 October, 1967
Scott Patton was the first customer to sign a water user agreement with the East Muskingum Water Authority. The authority needed a total of 1700 customers to meet the requirements for obtaining financing. There was much work to be done signing customers, obtaining easements, and finalizing a system design. Then when the authority was ready to begin construction the high interest rates in the bond market put a hold on the project. Eventually favorable financing was arranged and the project construction started.

January 12, 1972
Water service became a reality in the southeast system. About 1000 customers on 35 miles of line had water service for the first time. The water came from two wells north of Duncan Falls and was pumped to two tanks: a standpipe above Duncan Falls and an elevated tank off the East Pike near Mickey’s Restaurant. The service area extended east to Baker’s Motel and south to include Duncan Falls. Construction of the lines running to Norwick were completed in April.

June 30, 1972
The authority successfully negotiated the rights to serve the area north and west of the city.

April 18, 1974
The authority opened bids for the northwest system. The system to be constructed included two standpipes at Stringtown and Jersey Ridge and 69 miles of line to serve 1600 customers.

January 20, 1981
the authority opened its new office on Richards Road. Herbert Young of Jackson Road was the first customer to pay at the drive-up window.

December 2000
EMWA signed an agreement with the county that gave the county a 10% interest in the treatment plant and well field for $347,500. EMWA agreed to sell water at cost to the county so they could extend lines.

January 14, 2002
After 32 years of service the board of directors voted 4 to 3 to dissolve its operations and merge with the Muskingum County Water and Sewer District. Three of the original board members, Jack Downing, Ray Thomas, and John Montgomery, felt the merger would be best for the county residents. By this point the water system had grown its assets to a value of more than $15 million and serving more than 6,000 customers. 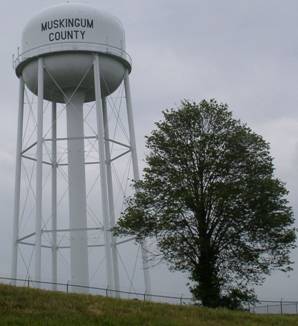 The Muskingum County Water Department serves more than 8400 customers through a network of more than 300 plus miles of pipeline, 13 tanks, and 7 pump stations. The entire system distributes filtered water from wells north of Duncan Falls to areas throughout the county. In 2017 the Home Acres system was transferred to the City of Zanesville and the Southeast system was connected across the Muskingum River to supply the Northwest system. With these improvements, the county maintains connections with Zanesville for use by either system during emergencies.

The Water Department is constantly making improvements to better serve its customers. The following is a list of those ongoing activities and some major accomplishments in the last five years.

Services provided by the Water Department 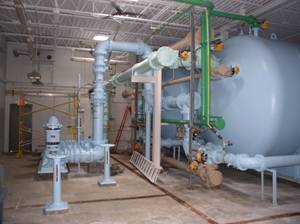 What is required to connect to the County’s public water system?

Why is there blue paint in my yard?

Before anyone digs in the ground they are required by law to call the Ohio Utility Protection Service (OUPS). When OUPS is contacted they in turn contact all utilities in the proposed project area to mark the location of their facilities. The Water Department uses blue paint to mark its water lines. This service reduces the risk of water service being disrupted. DON’T FORGET TO CALL OUPS WHEN YOU ARE BEGINNING A PROJECT AROUND THE HOUSE THAT INVOLVES DIGGING IN THE GROUND.

Why is there a chlorine smell to my water?

Chlorine is the disinfectant used by the Water Department to control bacteria. Although the chlorine feed at the treatment plant is relatively constant the amount of chlorine residual when the water reaches your home varies depending on the temperature of the water, the length of time the water is in storage, and other factors. Therefore, you may notice a slight smell of chorine at the faucet or in the shower at some times of the year.

Why are there Boil Advisory announcements?

The Water Department issues precautionary boil water advisories when a loss of pressure in the water main can potentially contaminate the water. Although these advisories can be inconvenient they are issued for your protection. When there is a line break the field crew does its best to clean the line. However, they can not be sure that the lines were completely sanitized. To be safe, the Water Department issues a boil order to protect the customers.

What should I do when there is a Boil Advisory in place?

You should boil vigorously for three minutes any water used for drinking, cooking, brushing teeth, making ice, or other consumption. You do not need to boil water for bathing, washing dishes, laundry, or other external uses. 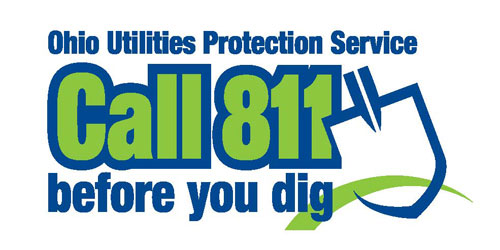